Enter your items below, then click the "Add to Cart" button. 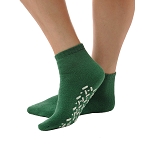 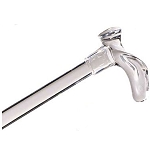 Will Crutches Help Back Pain

Sometimes due to an unfortunate incident or injury, one might end up hurting various parts of their body.

Due to pain in areas like the legs, or lower back or even the neck, crutches are used to provide support, ensure coordination and endurance. It reduces the stressful pressure in joints or limbs and facilitates better movement.

The doctor recommended crutches for back pain or limb ache as they ensure good balance. However, people often end up using crutches in the wrong way, which leads to stagnation of pain.

There are different types of crutches that provide relief in various ways. In this article, we will try to understand the usage of the following :

The forearm crutches use the pin-clip mechanism. For the correction of size, the height of the horizontal handle should be level with the wrists.

The gap between the elbow and top of the forearm cuff should be about three fingers. This is very useful for partial or full weight-bearing situations.

The crutches need to be put in the forward direction followed by the legs to come to the position as your crutches. These are easy alternatives for people as compared to wheelchairs as they facilitate easier movements.

The main advantage is that they help in easier movement and help cross small obstacles which are common in homes and gardens.

Forearm crutches are mostly recommended in situations where the injury is long term and those who can't bear the weight on both legs and require long term additional support.

Underarm crutches also called axilla crutches are one of the most commonly used crutches.

They need to be put under your underarms and provide firm support for walking.

One should use them in case of recovery from ankle or knee injury. There is a pad under the arm and has to be pressed into the patient's underarm.

Underarm crutches are mostly used after a short-term injury, mostly suggested for people who find it difficult to bear the weight on one leg.

If someone has been suffering from arthritis or impaired grip, the gutter crutch provides help by distributing the user's weight over a large support area thereby facilitating better walking. It's useful when there is joint pain, weakness in the knee.

Anyone looking to buy crutches that can be adjusted as per the height of the individual to make the usage hassle-free should check out https://www.alexorthopedic.com/Crutches-Accessories_c_73.html

The use of Crutches requires flexibility and upper body strength. There are certain tips that one can follow to use them correctly and facilitate a smooth walking experience.

One should ensure that the crutches are properly sized so that one doesn't have any problem.

It should hit roughly one to two inches below the armpit when one is standing and have the handles at wrist length.

This would ensure that elbows are slightly bent when one holds them.

The crutches should have ample cushions leading to better grip. Lack of padding would lead to immense pain and will lead to further difficulty in walking.

More standard models often have narrow plastic handles. This causes problems for a lot of people. For good quality crutches, you can visit https://www.alexorthopedic.com/Crutches-Accessories_c_73.html

Using crutches with a wider grip helps in spreading the weight over a greater area and provides better comfort. Extra pads can be brought to fit over existing handles.

Using crutches while on stairs might look like a difficult task. Once you are habituated to using crutches normally, you can cautiously try to climb stairs.

Learning it might look like an odd deal but gets better with time. Finding the proper technique is vital, it might take time but it eventually gets better.

It's advised to not carry anything in your hand while the crutches are on and use them in well-lit rooms to avoid further injury.

The key to standing up properly:

One should hold both the crutches on the same side of the injured leg. The other hand should be used to seek support from the surface you are rising from.

The other hand would help you in standing easily and provide balance to the injured leg. The uninjured leg would be kept on the ground first followed by the injured leg thereby avoiding any pressure.

It's not only important to use the right crutches but also use them properly so that the injury can heal faster and provide better support.

Using the right crutch accessory set also assists the crutches better. It's important to understand the level of balance and strength one has while using crutches.

It's always recommended to seek help when you are finding it difficult to rise or walk and not put pressure on your arms or legs if there is a lack of upper body strength.

If someone is looking for crutches and related equipment to help them with safe recovery and usage of supportive equipment can visit https://www.alexorthopedic.com/. The website also provides for other medical kits and equipment of superior quality, something that people can rely on.